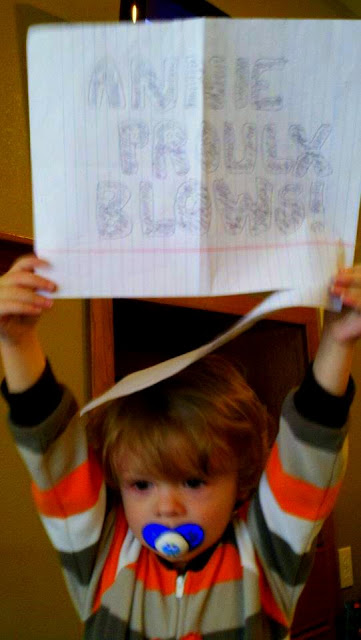 I stumbled into a heated debate last month with an Ivy League dude about the value of Annie Proulx' short story, and later published stand-alone book, Brokeback Mountain.

You know the work that later became a movie. But Brokeback is our bible don't ya know? How dare anyone step up to ride the dust devil mess of bad buckled assumptions, bratty Oscar victim hood and wide angled indulgences.

Remember all the Proulx worship? That her work was brave, ground breaking, and representative of western realities? In rushing to embrace all this authenticity the cultural phenomenon of Brokeback eclipsed the literary value of Brokeback.

I appreciate Proulx great writing in technique but yawned, yes yawned, through the great lengths of New Yorker destined lap dancing she engaged in even as critics fell in line to worship, almost stalker like, at the foothills of this tall tale. So invested in this perspective is the L L Bean set that some of them even went so far, as they tried to extend themselves into peer reviewed idiocy, linking the value of her writing to all this death of American Exceptionalism crap or that somehow, her penning of a really predictable story could represent the last "best-place, final stand" of the American dream. They claimed that Brokeback is really a collective mourning for the fatal wounding of our American addiction to manifest destiny.

Yes, that's right, Brokeback Mountain represented (in their minds) ALL THAT!

But really, she's not that good. This is nothing more than a story written about sheep herder cruising--one that somehow became a symbol hijacked by those who've never done more than fly over Wyoming and it became in their minds a tale representing the dead end cul-de-sacing of our addiction to the real value found in a western glance.

Yes westerners flocked to see the flick. They bought it on DVD at Walmart. But really, we wanted to see how much Alberta could pass for Wyoming.

Last month I endured this debate and now I stand corrected.

Let me step back and reevaluate Proulx. I must have missed something.  And now I'd offer that this is so not great writing, its actually pathetic.

Yep, I didn't way back then and I still don't appreciate the predictability of Proulx, she with her blood succulent feedings in bar brawls and violent implied gay-bashed endings, her addiction to down low cowboy gore, and the narrow minded eastern sensibilities infecting nearly every character she portrays in this and her other stories. Her stereotypical characterizations of western homophobia, and the reality that much of the story is a direct rip off of Patricia Warren Nell's better told and far more ground breaking fiction "The Fancy Dancer", which by the way was published decades before Proulx attempt, never seems to penetrate the Brokeback debate and did not get much attention or traction from the typical critic back then when Brokeback was first published, when it landed on the Oscar nominations or even now.

The Ivy League Dude had never heard of the acclaimed writing of Nell.

The writing in Brokeback--yes it is evocative and full of memorable imagery and the tear jerker of two shirts dirty dancing in the closet and the dry cleaning send off at the end, yes, I admit it's great manipulation.

But really where is the literary rigor in that?

Is love not always a battlefield, and what of this constant craving of Proulx to reinforce a reliance on tragedy as a literary device, and her use of a distant and scary, if not hauntingly beautiful landscape as the back drop for most of her word processed bloodletting?

I still reject this sage inspired, soap-operaesque pissing and moaning, utilized by the author to reinforce a putrid prejudice of what westerners must think like. A view penned from the rancid perspective of a permanent outsider and Proulx seems incapable of turning that beauty that she acknowledges into anything other than a deceptive recipe for an unhappy ending.

Oh I know that in recent years the Proulx family bought a Wyoming ranch. These days they are all about conservation. Preserving the landscape. And yet in institutionalizing the homophobia of wide open spaces, I'd argue that her portrayal is the exception to the typical experience of what constitutes western identity. Instead I argue that Proulx writing is little more than ridiculous venting of recirculated hot air, circa the old faithful rigid expectations of the New Yorker readership, rather than any reliable accurate portrayal of western attitudes.

When I first saw Brokeback Mountain in the theater, I left hating the movie. I really wanted to like it, and everyone was gushing about this amazing, gay cowboy movie. But I hated it, and for the longest time I didn’t know why. Only after I read Annie Proulx’s short story did I realize why I hated the movie – the short story on which it is based is pathetic.

Her story portrays one-dimensional characters without any depth or growth in the face of all-encompassing homophobia. In the main characters, we are given two stereotypes: Ennis, the laconic rancher cowboy detached from his emotions except in crucial moments when he either cries or gets violent, and Jack, the more risk-taking, happy-go-lucky rodeo cowboy. We are never given more than glimpses into Ennis’s and Jack’s lives and motivations. Indeed, the crux of the story is Ennis, a broken character who never experiences any growth, who never develops as a person. Even after the loss of Jack, we never get a sense that Ennis grows from any of his experiences. Nor are we given any examples of Western live-and-let-live culture or secondary characters who accept the main characters even if they don’t understand them. At the end of the story, we have static characters who fail under the weight of a monolithic, universal homophobia. Not interesting.

As an aside, I hated Proulx’s writing. It lacked any beauty in its rhythm or cadence, and it tried way too hard to be “original”. Her descriptive word choices were more often than not meant to surprise the reader, without any other apparent purpose. Moreover, her descriptions were detached from the places or the people she wrote about. There was no affection in her writing, either for cowboys or for the landscape. There was only the gaze of a commercial tourist. She also regularly fell on the crutch of telling us about her characters with her clunky descriptions, rather than having the story show us the characters. In a word, Proulx’s writing is lazy.

And yet, this story won the O’Henry award in 1998. The New Yorker magazine won the National Magazine Award for Fiction for its publication. How could a short story with so many flaws receive so many accolades? And end up becoming an Oscar-winning movie?

Tim, I think you’re onto something. The accolades and interest came from literary circles in the metropolitan centers – far removed from the lived realities of cowboys or country folk – gay or straight. With Proulx, we have a tourist-writer who wrote on something she knew nothing about, doing no in-depth research or investment into the communities she decided to write about. She clearly learned enough of the mechanics of being a sheep-herder to be able to write accurate physical descriptions, but she never gained the ability or interest to write full-fledged, believable Western characters or situations. And for this she gained accolades from the literati because it fit into their own simple, liberal expectations and assumptions of both Western culture and cowboys.

This is not the first time commerical tourist writing has received acclaim from the metropolitan culture power-brokers. For far too long, academic historians portrayed Hawaiians and tribal folk as simply victims of Western expansion. These historians never learned the native languages or cultures of the people they built their professions on. With respect to Hawaii, this has been true despite the many thousands of pages of Hawaiian archival records from the 1820s onward that were written in the Hawaiian language. Would a French historian who did not know French be able to write a respected history of France? Yet, such tourist writing continues to be the standard of rigor for Hawaiian history – even today.

Unfortunately, there are too few people who are willing and able to hold power-brokers accountable for their actions. But it's never too late to start.