This Night Shall Stand... 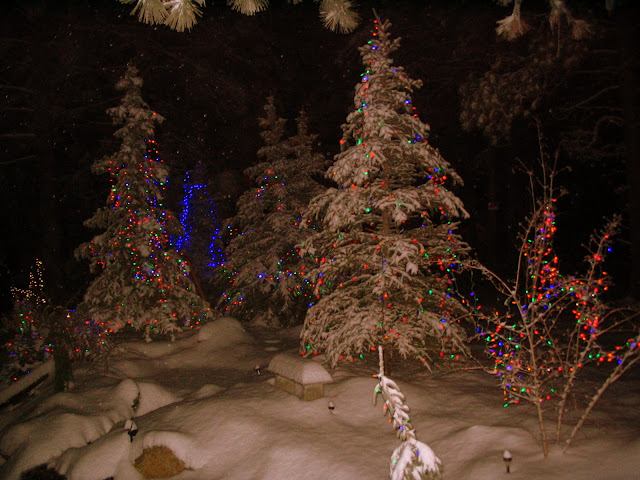 It has been a different sort of Christmas.

I've gazed into a window of despair as I've spent time at the syringe exchange. I've witnessed illumination as I hung out with amazing people there who keep on keeping on, regardless of budgets and shortages, and not a lot of good news on any front. I've taken in best practises and learned about precautions, even as precautions are often far from fail proof. Several friends of mine report that their HIV Meds are no longer working. Still others are experiencing their first Christmas under the burden of a new diagnosis of cancer, or HIV/AIDS or leukemia.

Some of my friends are in love. Others find themselves alone and in that, they stand huddled looking out in fear that this status might be permanent.

This year I did not get any Christmas lights up. I did not send Christmas Cards. I did not put up "the real man's" Christmas village, nor a Christmas tree, nor did I break out that familiar collection of Christmas discs. Instead I felt it important to sit still and listen to the silence.

I have made peace with uncertainty. I have felt this tinge of release and then serenity. I have felt nothing but-- the here and now while feeling everything that could be-- but not investing in any of it.

And in that, there is joy. It is abundant. It is sustainable. Joy is not covered in advertisements for Black Fridays or Super Saturdays or the next best thing to be forgotten the day after. It is intangible even in hopelessness and isolation, it is the most affirming thing I have ever known--that regardless of what happens, that I still know that this night will stand, and that however it stands, it is just as it was meant to be.

I've tried to make this a season of people rather than stuff. I've had coffee with friends. Laughed so hard on speaker phone I was crying. I've seen snow and frost, snow angels and snow devils, and I've seen dawn and sunset framed on the most magical hint of future skies.
I've taken pics of these things and transmitted them around the globe. I've had pictures come back to me with tons of images of places that signify that, yes, someday I'd still like to see that.

I write all this to point back to the beautiful mystery of belief. I am a man who regardless of sexual orientation, failings, and missing the mark, finds great illumination in a story that is datelined out of Bethlehem. This town that in Hebrew means a place of bread or a place of provision.

It is a place, lit in wonder, where this night shall stand. It is a place where despite all the check marks against me, I see hope and redemption and serenity. It is both physical and symbolic. A place like no other. In all that it represents, rules get broken and mended. Yet that representation is also not tied to anything tangible other than--it is and will always represent a place of provision. Where we all get what we need, even if its not what we were first looking for.

I know that on the list of people most likely thought heaven bound, I am not on the short list. I am estranged from the church, and estranged from many aspects of communities that most would assume I gravitate towards.

My friends are also estranged. Among them are whores. Meth Dealers. Men who hang out in bath houses. Ranchers, truckers and farmers whose colorful language salts the earth, whose thirst is quenched in taverns rather than at a communion rail. None of us are represented among the family values crowd. We are not represented at Christmas Eve Services. But we are, humbly represented, with track marks in our arms, condoms in our wallets, and redemption on our horizon, gathered around a symbolic manger.

Knowing that no matter what befalls us, this night shall always stand for us, as the last best place.

Care not for the lists of men -- only God's counts and HE came for ALL.

I send you greetings...