Radioactive Rabbits on the loose...Read this and cringe.

I took this photo last week.  I was westbound, heading toward Seattle for another round of Pins and Needles. 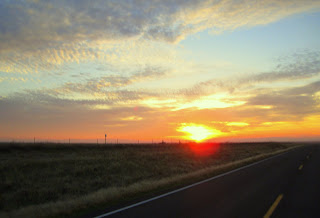 Hanford Nuclear Reservation, also known locally as "the Area" is such a friggin' mess.  Workers in the midst of cleaning up the site encounter reactions that our current science can't even deal with.  Cancer is so out of control among those charged with clean up that a fund has been set up, that a worker usually qualifies for---after years of wading through red tape---after their dead.

Friends of mine who work for CH2M Hill, a leading engineering firm in charge of some of the clean up efforts, tell me that the radioactive waste has already migrated to the Columbia River via ground water.  This river is what irrigates much of the crops feeding the nation.  So while it's certainly a Washington State catastrophe, it's also truly a problem that will impact the nation.  You've certainly heard of down winders.  Meet the down forkers.

http://seattletimes.nwsource.com/html/localnews/2013353159_apwaradioactiverabbit.html
Posted by Timbo at 10:15 AM

Looks like only genetically altered
Monsanto carrots can save you now.

But hey it could be worse.

Ah how could it be worse Doc?

You could be a long haul trucker!