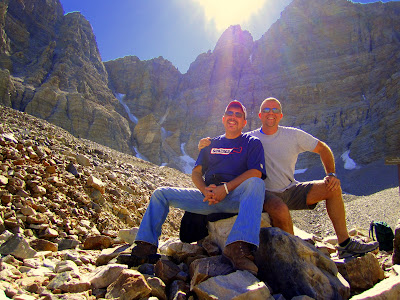 This is what grace looks like. I hate cliche's and both grace and amazing are so overused these days, why bother with either term.

Both Tom and I have found ourselves quite humbled that we have survived so much and that we were able to take this trip together.

I've been through hell this year. My brain is not responding to the meds. Ulcers took over my mouth, tongue, and cheeks, and after meds, cultures, and steroids, they remained unresponsive. I'd never been so discouraged and shortly after this trip and when the shot was taken, I'd get even more bad news---I continue to quit breathing, a condition known as cataplexy, which partners with apnea's and narcolepsy when I'm sleeping and/or sedentary. I've known some of this for a year, but I'd thought that with all the medical intervention, there'd be improvement. Instead things get worse?

I did not embrace this news, but I also congradulated myself on how calmly I explained to the doctor that I had peace with it.

Still, it reminded me of my grandparents at the end of their lives---how they seemed to be engaged in this poker game and as they looked over the miserable final hand they'd been dealt, and they wanted to get better cards back from the dealer.  But the dealer was done dealing new cards.  So we had to play the hand we'd been dealt.

I am not saying my life is over, but I am accepting that each day is a gift.  I can't take it for granted and as much as I acknowledge that serious things are happening, things can always be far worse.

So this trip helped me overcome a sense of helplessness and prepare me for the news that came a week later. It's hard to explain, but the long discussions with Tom---a person who was there in the beginning of my adult life, and who now deals with head injury survivors all the time, helped put much of this uncertainty into perspective.

Many aspects of this trip were sad. We encountered two fatality accidents, were delayed in Oregon because you can't pump your own gas there and in the middle of the night, all the gas stations were closed, and the car Tom had just bought, the red honda that formerly belonged to an 89 year old friend of mine, well, in the midst of our trip she suffered a horrible stroke. Then a dear friend of Tom's, a woman who'd led Tom to sobriety, she also had a stroke and passed a few days later.

It is bittersweet, how fragile life is. I think that's why this is my favorite picture of the whole dang trip---because when you think about it neither of us should be standing ( or rather sitting ) here on top of the world. But, by the grace of God, after 20 years of different paths, here we were.

A course of and in miracles I tell ya. That's what this is. And a statement of friendship that I hope will endure through out the rest of our lives. No matter what comes our way.

What more could anyone ask for?